German Scientist, Wolfgang Kluenner in 1979, developed Flashlube in Melbourne Australia. Wolfgang was a CSIRO (Commonwealth Scientific and Industrial Research Organisation) Scientist and worked from Monash University. He recognised the problem of Valve Seat Recession in Gas converted vehicles and thus devoted his time to researching and inventing the solution. The answer was the Flashlube Valve Saver Kit and its specially formulated Flashlube Valve Saver Fluid.

Flashlube Pty limited was formed in 1995 to take Wolfgang's technology to the world.

Recently the fuel industry began to modify its Diesel Fuel and supply only Low Sulphur Diesel Fuel. Although environmentally beneficial, this new standard caused concern for the older Diesel vehicle industry and a solution was sought after. With thorough and lengthy research behind it, Flashlube Diesel Conditioner was introduced into the market. Its ability to lubricate (with a sulphur free formulation) like original diesel fuel, was well recognised by its 2005 Australian Automotive Aftermarket Association - Gold Award.

Wolfgang has been noted to be proud that his invention has not only been trusted, but also appreciated by the automotive market. As we step forward, Flashlube is committed to its development and research that grows this appreciation. 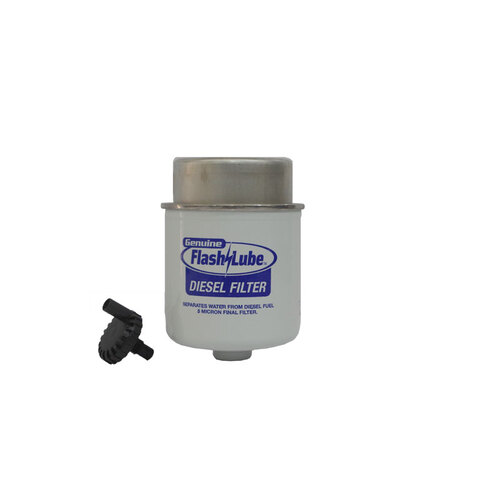 Flashlube Oil Catch Can Pro (Catch Can ONLY) (FCC) Select Afterpay as your payment method

Use your existing debit or credit card

Complete your checkout in seconds

All you need is:

1) A payment card; 2) To be over 18 years of age; 3) Resident of country offering Afterpay